A grieving widow has shared a heartbreaking photo with her two young children as they visited the exact spot where the beloved husband and father spent his final moments.

Father-of-two Sean Sutton, 31, was killed when he lost control of his ute and crashed into a tree at an intersection in Chapman Hill near Busselton in south-west Western Australia last Wednesday evening.

Family and friends gathered around his broken wife of 14 months, Monica, and their two children Damon, 6, and Sophie, 4, as they struggled to come to terms with their unimaginable loss.

Ms Sutton spoke to Daily Mail Australia on Wednesday to pay tribute to Sean, describing him as the ‘best husband and father’ with his ‘cheeky smile and beautiful nature’.

She shared a poignant photo from an emotional visit she made to the exact spot where her husband died, placing a protective arm around their two children and gazing at a bouquet of flowers placed on the tree, which had lost part of its bark.

Monica also wanted to pay special tribute to the compassionate Busselton police officer who was the first responder to the scene, saying he has since gone above and beyond to support her and her family.

Her husband’s death shook the close-knit community of Cowaramup, where the couple lived and worked.

Sean’s wife, Monica Sutton, has shared with Daily Mail Australia a heartbreaking photo of her emotional visit to the crash site with their children 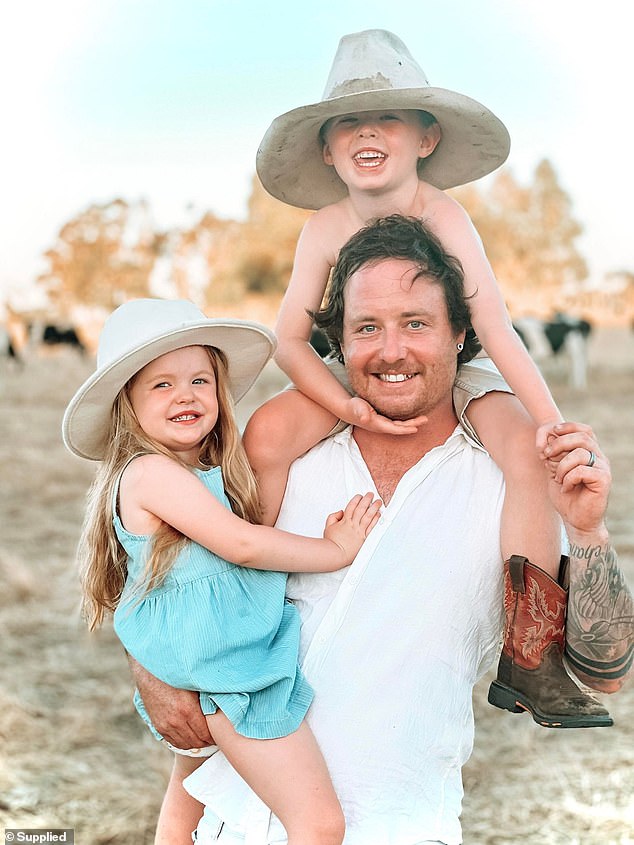 Sean Sutton is remembered as the best dad to daughter Sophie, 4, and son Damon, 6

“Our hearts ache for the most beautiful human who was taken from this world way too soon,” Monica said.

“Best dad to Damon and Sophie, best husband to Monica and best son and brother to Natalie, Steven and Peter.

“Sean was known throughout the South West, especially for his cheeky smile and beautiful caring nature.

“Sean was a real farm boy who would do anything for anyone and cared deeply about his community of Cowaramup and beyond.”

Ms Sutton also thanked the Busselton police officers investigating the accident for their compassion and gave a special shout out to a dedicated officer.

First responder on the scene, Nathan Smith, went out of his way to deliver flowers and a condolence card to the family on behalf of the resort.

“We are truly sorry for your loss and hope you and your children are surrounded by love at this time,” the handwritten note read.

It is understood the officer also personally contributed to the online fundraiser set up for Mr Sutton’s family.

“This officer attended the scene and removed the deceased from the vehicle and then had to tell the wife, children and family a few hours later,” a family member said.

“He then delivered flowers and put all his love and care into making sure the family was okay.

“The Boys in Blue are true heroes and Nathan will always be a special part of an incredibly difficult journey. Another big thank you to the major crash investigators and all the officers who attended that night. 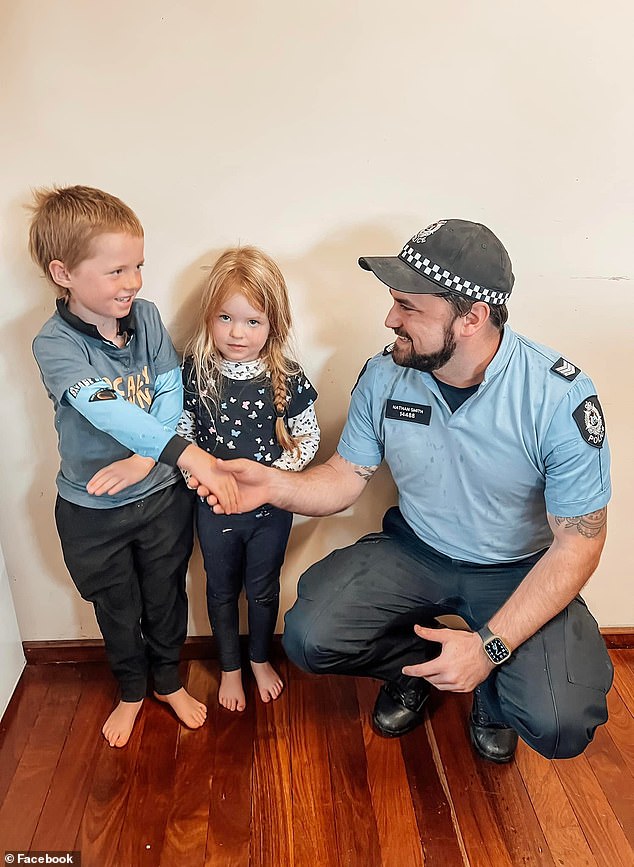 “They miss him a lot as he was the longest serving mechanic for 14 years. Our hearts go out to Peter and Tom Holben who had Sean as an apprentice,’ Monica said.

“We are at a loss for words on how incredibly loved and supported they felt. Family, friends, people they know, people they don’t know, community, towns and villages.

“Please know that the kindness, support and love will forever be cherished and always appreciated and they thank each and every person very much.” 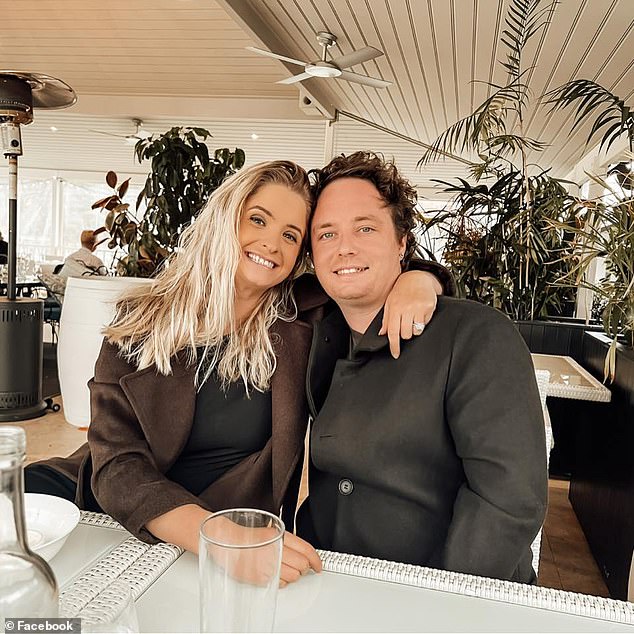 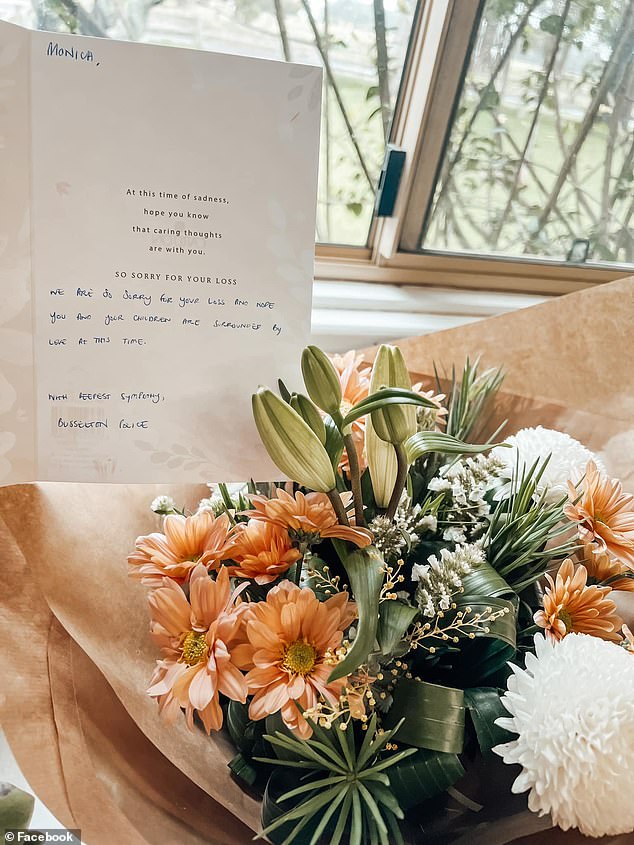 A statement released on behalf of the family thanked everyone for their overwhelming support, phone calls and messages.

“We are helping the family through this extremely traumatic time,” the statement read.

The community has started a GoFundMe to support the family.

“This has tragically left a local family with broken hearts and guts,” said an online fundraiser.

“Sean and Monica are well known throughout the Cowaramup community and in the South West.

“They are the most beautiful, caring family who would do anything for anyone.”

More than $41,000 has been raised in three days as the shattered family tries to come to terms with the devastating loss. 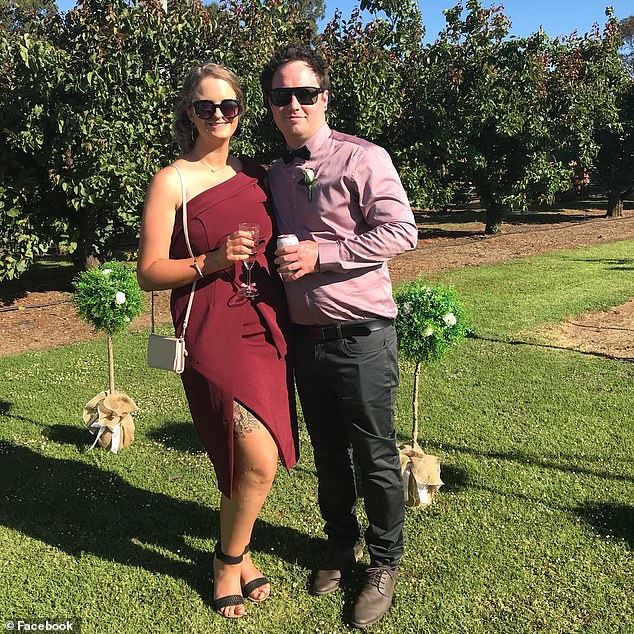 “With this most devastating circumstance, the bills and living expenses will keep coming and without the main source of income coming in and they are already struggling financially and everyone is asking what they can do to help,” the GoFundMe read.

“A donation to Monica, her children and the bereaved family to pay for Sean’s funeral expenses and living expenses to raise two children without their loving father.”

Police have launched a major investigation into the accident, which happened at the intersection of Queen Elizabeth Avenue and Don Road around 10 p.m. last Wednesday evening.

Anyone who saw the accident or has a Toyota Landcruiser dash cam traveling in the Chapman Hill area before the accident is asked to call Crime Stoppers. 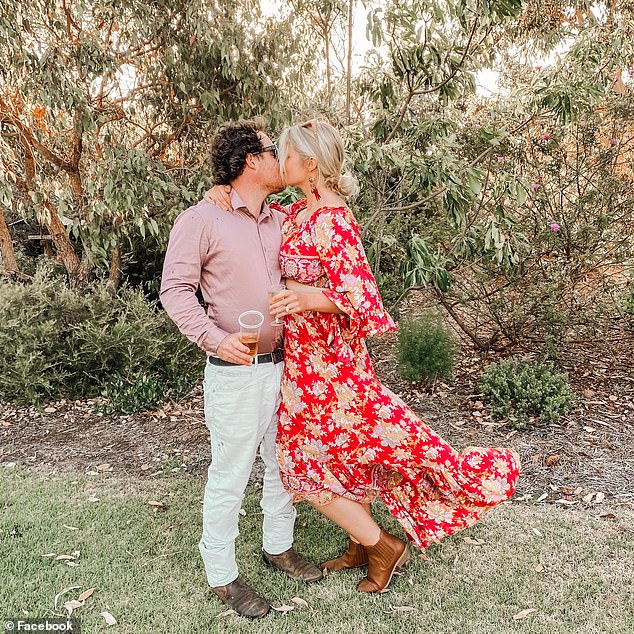 20 hours ago Oretha B. Deloach

4 days ago Oretha B. Deloach